Today FuturePundit reports about the decline in healthy life style in the US. 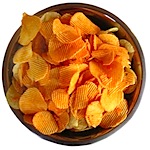 Investigators from the Department of Family Medicine, Medical University of South Carolina, Charleston compared the results of two large-scale studies of the US population in 1988-1994 and in 2001-2006. In the intervening 18 years, the percentage of adults aged 40-74 years with a body mass index greater than 30 has increased from 28% to 36%; physical activity 12 times a month or more has decreased from 53% to 43%; smoking rates have not changed (26.9% to 26.1%); eating 5 or more fruits and vegetables a day has decreased from 42% to 26%; and moderate alcohol use has increased from 40% to 51%. The number of people adhering to all 5 healthy habits has decreased from 15% to 8%.

[From FuturePundit: Healthy Lifestyles On Decline In United States quoting the June 2009 issue of The American Journal of Medicine]

(In the light of new research one can of course wonder about the validity of the recommendations when i e fructose seems to be bad to your health rather than good.)

The important question for me as a futurist is to understand which are the major factors making this happen and what could potentially make it change?

Part of the explanation can be that we are more collectively adaptive beings than rational individuals. This is suggested by the experience of the vast majority of us share: most of us don’t change our behavior even if our doctor tell us we will die early if we continue to live the way we do. To quote the book “Change or Die: The Three Keys to Change at Work and in Life” (Alan Deutschman) we need both to reframe our conceptualization of our situation and move to a different social context which support the new behavior to actually change.

Another part of the explanation has most likely something to do with our resistance to change based on advices or recommendations because of our declining faith in authorities. A trend which is boosted by the exploding amount of new knowledge which increasingly is experienced as perspective changing and even contradictory. This is causing us to diminish the area of reference to one which we can understand i e to a more myopic and consistancy based view of truth which I usually refer to as truthiness – a truth which we feel in your stomach rather than looking up in a book (or on the net). The result is that our close environment (or even yourself) is the only frame of reference that you use to evaluate if a statement is true or not.

Both of these factors are suggesting that the key to behavioral change lies in the complex group logic – at a spiritual level – rather than at a rational psychological level.

In my head this refers me to what Axelrod wrote in his important book “The Evolution of Cooperation: Revised Edition” where he used the concept of shadow of the future to explain why cooperation changed during different collective perspectives of the future. Some time ago I referred to that concept in order to blog about why we are becoming more violent, more careless and more likely to cheat (in Swedish). The basic idea about this is that if we are likely to have a future together, we are cooperating. But if we don’t have a future together and are not likely to meet again, we tend to cheat on each other more.

Could it be, that if our collective view of the future – the shadow of the future – is playing a major role in explaining how we behave socially, it also has some explanatory power for how well we take care of ourselves? This would imply that this change towards unhealthy behavior is a social macro-group behavior which might continue until we change our view of the future, which to many citizens seems rather gloomy today.

2 thoughts on “Why is there a decline of healthy lifestyle?”