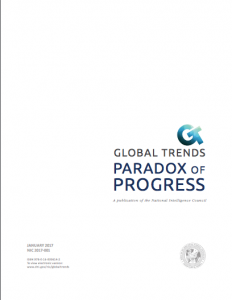 Only days before(!) Donald Trump is inaugurated as POTUS the US Nation Intelligence Council released a public report on the future which underlines their views of the uncertainties which will shape the next 20 years. The timing of the release of an open intelligence report is of course a whole discussion in itself.

What caught my eye was the formulation of the critical uncertainties formulated in the executive summary in the report:

Yet this dreary near future is hardly cast in stone. Whether the next five or 20 years are brighter—or darker—will turn on three choices:

If the stability of the last century was built around the Westphalian model as the organizing principle, the dominance of US as the dominant economic and military state and the relative stability and predictability when it comes to the environmental and technological changes it is not the case any more.

In my thinking I have been sketching about how we could perceive what happened in 2016 with this little sketch. At least the sketch will point out to us that we need a new model to understand where we are heading next… 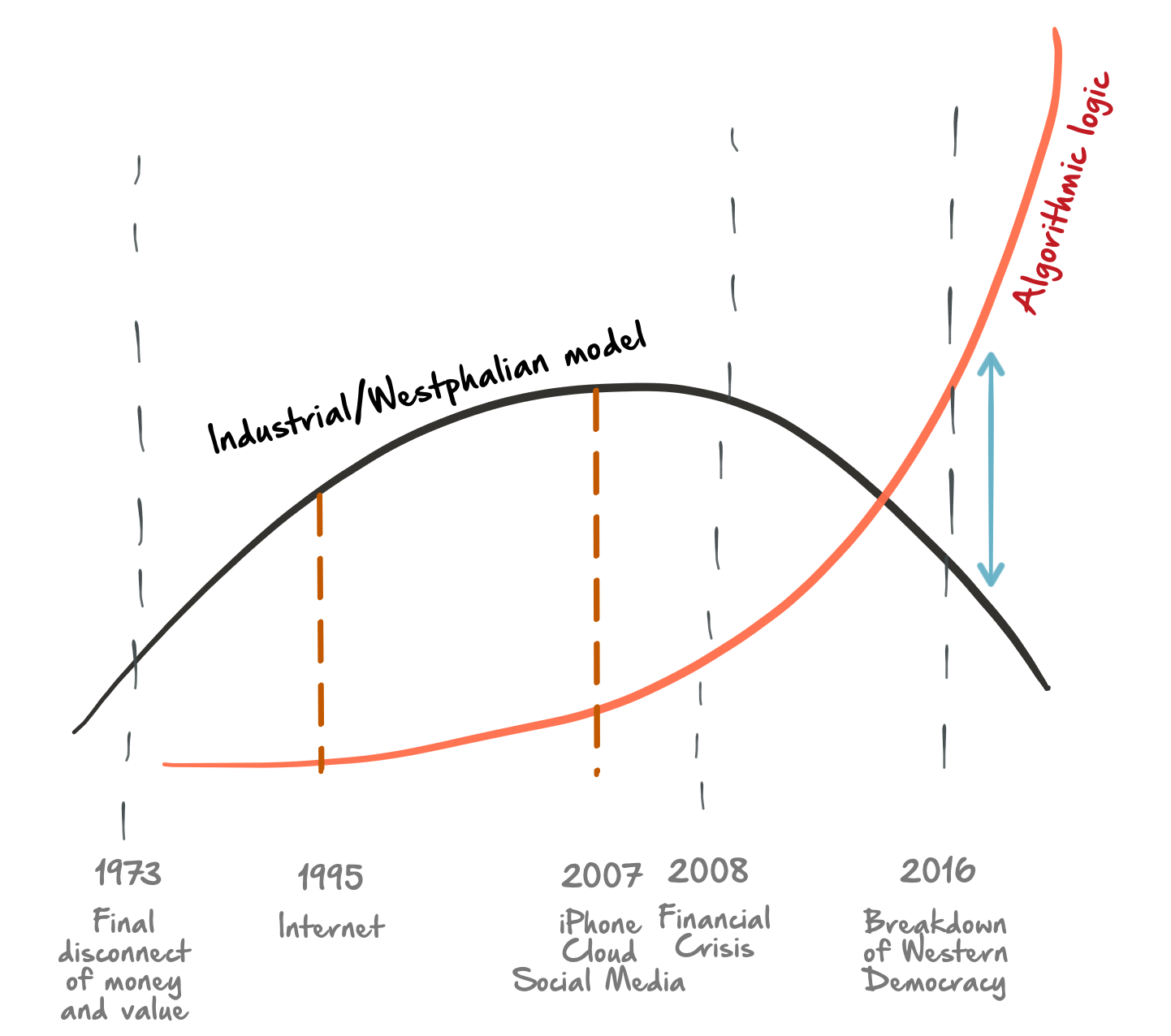 It is not yet finished but may work as a model for a discussion about where we are and what is happening.

The report can be downloaded here.